About a week ago, The Hobbler named me as a recipient of her “Awesome At Awarding Awards” award. In case you are unfamiliar with this award, it is retaliatory in nature… you get it because you have given someone else a blog award. Think of it as a form of blogospheric payback.

While I love getting blog awards (who doesn’t like a little pat on the back every once in a while?), I’m not a big fan of having to jump through the flaming hoops set up as part of the whole deal, such as passing them on to others. I have two main reasons for this…
END_OF_DOCUMENT_TOKEN_TO_BE_REPLACED

Hitching My Wagon to Greatsby’s Star 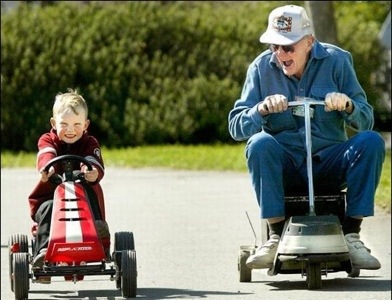 The definitive caption to this photo is: “The two winners of The Pampers Cup, Mikey ‘Trots’ Wilson [left, Junior Division] and Doug ‘Depend-able’ Meyers [right, Senior Division], are seen here taking their victory laps around the Skidmarks Memorial Race Circuit.”

In a shameless bid to garner more hits to my humble blog, I’m pinging back The Good Greatsby’s Caption Contest for July 23. My reasons for doing this are…

END_OF_DOCUMENT_TOKEN_TO_BE_REPLACED 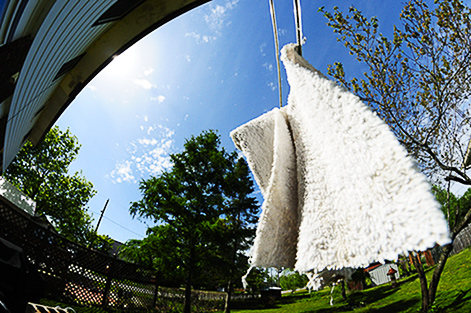 Flying the white flag… I’ve given up waiting around for whoever is responsible for letting us all know what we’re supposed to post in terms of Weekly Photo Challenge topic material. [Actually, that’s not a white flag, it’s a former face-cloth that has been re-tasked as a clean-up rag hanging on the clothesline.] More photos follow my rant.

It seems that the good folks down at WordPress’ Weekly Photo Challenge screwed up big time! Whoever was supposed to inform us of this week’s topic has, thus far, failed to do so. Ironically, last week’s theme “Unfocused” remains a full two days past when we have come to expect the new theme to be announced, possibly indicating a lack of focus on the part of the (possibly former) WordPress employee so charged.
END_OF_DOCUMENT_TOKEN_TO_BE_REPLACED

Getting in Touch with my Feminine Side

A little while ago, blogstress par excellence Bliss hit the publish button on her Colorblocking a Classic post. In case you missed it and are too lazy to click on the link I provided, it’s about a Couch purse.

I like Bliss’ posts, a lot of which are about girly stuff, like purses, earrings, new shoes, doilies, and avoiding colour clashes. Anyways, I liked this particular post in spite of the fact that it was about a purse and I’m a man with an unblemished record of staunch heterosexuality* and non-transvestism* (except for that one Hallowe’en over thirty years ago when I dressed as a woman because I was told that I wouldn’t be allowed to get into the party without a costume — and I didn’t like wearing the panty hose one little bit!). I found that if I substituted references to the purses with thoughts of cars while reading her post, it turned into a great discussion! I even contributed to the whole thing by redesigning the bag with a “man’s touch”. It was a hit.
END_OF_DOCUMENT_TOKEN_TO_BE_REPLACED

Photo by theyedropperworld... http://www.flickr.com/photos/theyedropperworld/5068942333/in/photostream. Edited and used according to Licence: CC BY-NC-SA 2.0 on this non-commercial blog.

Mmm… big ‘uns. I love ’em! I could spend ten minutes just staring at them and, in fact, if they’re really big I have to spend at least that much time to truly take them in. The beauty of their graceful form sometimes brings a tear to my eye. They don’t appear out of nowhere and spring up overnight… big ‘uns take a very long time to develop fully but, to me, they’re well worth the wait.

Don’t get me wrong… there’s nothing wrong with itty-bitty ‘uns. Little ones can be fun but, as far as I’m concerned, the bigger they are, the longer they hold my interest. I don’t think this admission should come as a surprise to anyone, in fact I’m under the impression that a lot of people think of me as a big ‘uns kind of guy, and anyone who does think that would be 100% correct!
END_OF_DOCUMENT_TOKEN_TO_BE_REPLACED

I’ve been blogging for less than eleven months now and in spite of my not churning out posts on a daily basis and infrequent visits to other people’s blogs, you, my readers, have remained loyal. So it came as quite the surprise to me that in the past little while I have been given not one but two awards.
END_OF_DOCUMENT_TOKEN_TO_BE_REPLACED

And while WP is Moving our Stats…

… it would be nice if they added to the “Top Posts” stats page more stats, like the number of words, comments, and photos therein, as well as the ability to toggle each field to order the data as one finds useful.

It would also be nice if we could display photos in the Media Library as a full-page grid… it takes forever searching through pages and pages of tiny thumbnails in the present one-per-line list.
END_OF_DOCUMENT_TOKEN_TO_BE_REPLACED

A photo of my home work environment taken while I was slapping together this very post. The two printers at the sides of this image had very little to do with it but the monitor, the mouse, the keyboard, and especially the coffee were central to getting this post up and to the people.

First of all, I would like to break from the tradition began by similarly illustrious awards, such  as The Academy Awards, The Golden Globes, and The Darwin Awards, by starting my seemingly endless babble by thanking those I wish to thank for making me thankful for this distinction that thanks me for the thousands of thankless blogging hours I’ve put in, sometimes just typing up a single post.

I would first like to thank Badlands Badley for nominating me. Nathan was the very first person to comment on my blog, encouraging me only 33 days after hitting the publish button on my groundbreaking “Hello World” post with his kind words reassuring me that using that default title was “undoofuslike”.
END_OF_DOCUMENT_TOKEN_TO_BE_REPLACED