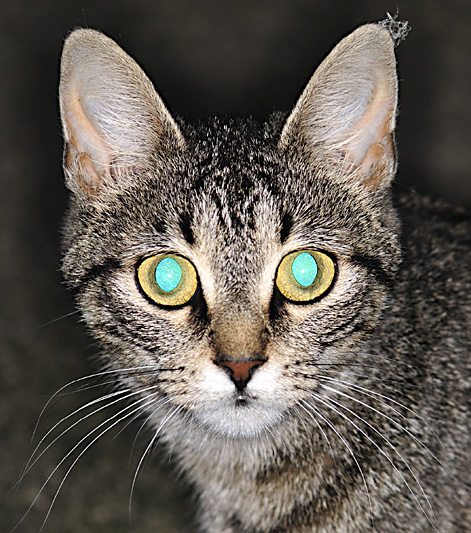 For those of you who have not yet read “Feline Genital Mutilation”, here’s basically what it was about… END_OF_DOCUMENT_TOKEN_TO_BE_REPLACED 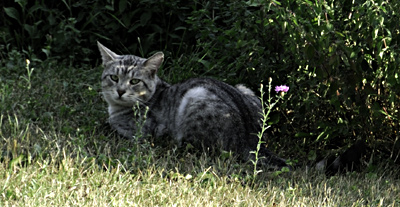 Here’s a shot of “Felix” (I think it’s a “he”… it looks fairly butch but I have never had the opportunity to play peek-a-boo with its toilet area so I cannot be positive). He used to hang around my backyard giving me dirty looks while he peed on my Greek oregano but I haven’t seen him in a while. I don’t know what happened to him. Honestly.

I generally like animals but the arrogant guy in the photo above repeatedly turned his nose up at my attempts to make friends with him. Because of his insults I used to do little things to annoy him, like make noises to cause his cat ear automatic tracking reflex to kick in when he was trying to make me notice how completely he was ignoring me. Anyways, I once mentioned to someone that I thought it would be a funny, funny prank if I were to trap Felix, ship him off to Sweden for a quick sex change operation, and then, after an appropriate convalescence (his, not mine), release him back into the neighbourhood wearing a collar engraved with the feminine version of his name (Felicia) and maybe a couple of frilly pink ribbons attached to him somewhere. This would not only be a lovely trick to play on old Felix but also on Felix’s human family who would be left wondering where Felix had been for the past month or two, who bought the collar for Him, and where Felix’s reproductive gadget went. END_OF_DOCUMENT_TOKEN_TO_BE_REPLACED